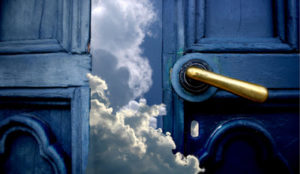 The women all around me were exploding into orgasmic bliss. But I was sure they were faking it. How could anyone achieve an orgasm without being touched, or touching themselves? Lying on the floor fully clothed, this room full of women reminded me of an exercise class. Certainly I saw nothing sexual about it except for their moans and groans of ecstasy.

As our teacher moved about the darkened room, I saw woman after woman lift her hips into the air and then lower her hips to the floor. Each repetition of this movement was synchronized with the breath according to the instructions we had been given at the beginning of the class. It could have been a birthing class or a yoga class but it wasn’t. It was an orgasm class.

I had signed up for the Firebreath Orgasm class out of curiosity. But once in the midst of all the sexual noise, I found my interest quickly turning into cynicism. I thought it obvious that what I was witnessing was some kind of mass hysteria.

But I am a good student even when I am cynical, so while I plotted my escape from this ridiculous scene, I continued to perform the movements and breathing as I had been instructed to do. And while my brain was occupied trying to locate my jacket and handbag so I could make as unobtrusive an exit as possible, my body chose to do something else.

Without warning a hot sensation like a ball of fire shot up my spine and out the top of my head. The physical sensations never stopped to say hello to my genitals. There was nothing at all genitally focused about this experience. And yet, it felt very much like an orgasm, but much more intense than any orgasm I had ever had at that time in my life.

For a few seconds, time stood still and I felt like I had left my body.

Okay. Had I, too, become a participant in this mass hysteria? How could I be? After all, I had been mentally looking around the room for my belongings so I could get out of there. I hadn’t been engaging in wishful thinking. Quite the contrary. I had decided the whole thing was nonsense and wanted no part of it.

But now as some aspect of myself had seemingly soared out of the room and up into the heavens, I got a glimpse of something which scared me a lot more than a room full of moaning women. This was something I had not been coached into expecting. In fact there had been no mention of what I was feeling.

What WAS I feeling? It is hard to put into words. But I will try. I felt like I had made love with God.

What the hell does that even mean?

Good question. Have you ever experienced something you can’t find adequate words to describe? Well, this was like that. All I can tell you is that I felt unworthy of the whole thing and never took another firebreath orgasm class again. What’s more, I shied away from all forms of energy play to some extent after that for quite a number of years.

I now had firsthand experience of this truly transformative and amazing state of being which could be accessed through muscular contractions and conscious breathing techniques, but I ran from it like it was a dangerous disease.  People can be truly strange creatures. It seems we will do without all sorts of positive outcomes just to avoid challenging our beliefs.

What belief was I protecting?  Well, for one thing, I was raised to believe that sex and God were not on particularly cozy speaking terms. And for another, I couldn’t fathom a universe where sex is so easily available.  If we don’t need genitals in order to have orgasms, then how do we define inappropriate sexual behavior?  After all, we set boundaries by insisting that people wear clothes and keep their hands to themselves. We have laws against masturbating in public. But if orgasms are freely available without touching someone else or yourself; if all it takes is the right breathing technique to elicit an orgasm, then how do we enforce standards about when and how people are allowed to have sex?

Looking back now, I see that was something of an inane question, but it did trouble me.  And maybe that provides a clue to why many of us might have trouble identifying the true nature of sex. Because what I discovered that evening over twenty years ago, and what I resisted for some years afterwards despite having had the experience, was that there is much more to the erotic journey than genital stimulation or pair bonding or procreation. There is a spiritual dimension to sex which is barely hinted at in our popular movies and music. That spiritual dimension to sex can even be obscured behind our limited definitions of romance and love.

The spiritual dimension of sex extends a seemingly contradictory invitation to transcend the confines of our bodies by going deeper into our body – physically, emotionally and energetically.

But it would be many years before I would accept that invitation and once again peak through that Doorway to the Divine. Oh I flirted around the edges. I learned to activate chakras, those energy centers which Eastern medicine so often refers to. And I followed the breath to more connection when making love. But my fear of playing with bigger energies persisted for a long time.  I clung to the safety of my existing belief system rather than open to a greater possibility.