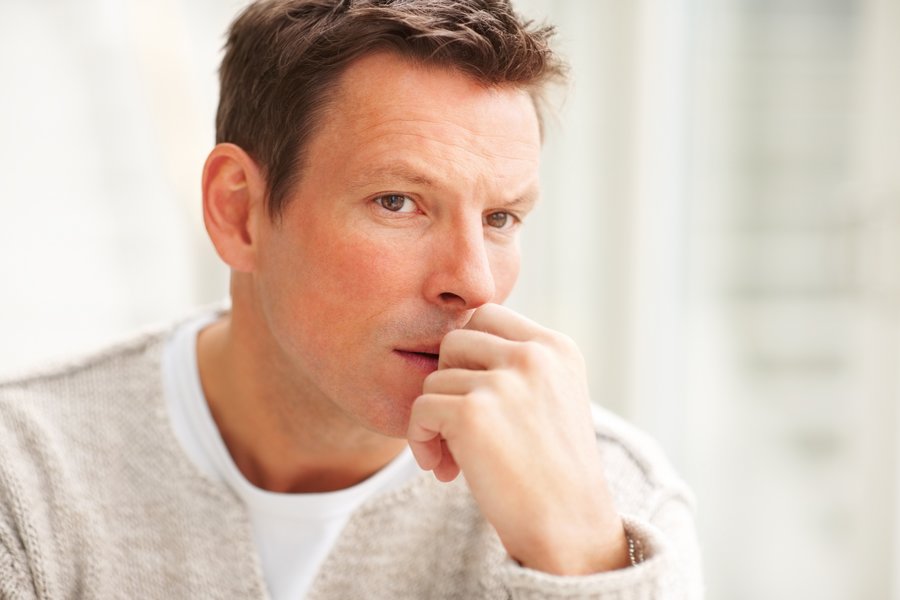 I recently asked my readers what DO we mean when we say “Be a man” or “Man up?” And why are we so frightened that our boys won’t turn out to be “REAL men?”

In a moving display of vulnerability and honesty, men of various ages and circumstances shared their answers to these questions as well as their feelings in general about being a man in today’s world.

Their feedback is both touching and telling. For instance, Michael shared:

Comments from my father directed to me included, “if you were SMART you would……., “you’ve got to grow up sometime” …… “just walk it off”, “boys don’t cry”…… I believed these comments. They are deeply ingrained in a false superiority complex. To be less than grown up, not know everything, not be the best at, not be tough as nails, weep or display emotion, translates to not being a man. It is wrong for a male of my generation and culture to be average, ordinary, in touch with anything other than strength and intelligence, to be nurturing, to display affection in public. Unfortunately it is generational. In my situation is has and continues to take hours of therapy and inner work to become a whole human being, to find peace. My personal mystery has been unraveled. My need for understanding is satisfied. There are moments I desire to cry out, “f_ _ _ you, you no good son of a bitch, mind your own business!” I find peace in the knowledge these men were indoctrinated early in life just as I was and there is nothing to forgive for their ignorance. I am a 64 year old Caucasian male.

For many, one of the basic tenets of being a “real” man is that of denying one’s true feelings. We may associate courage with the stoic hero who is allowed to get angry but rarely if ever cries. But does it take more courage to control one’s emotions or to show them? As a society, we seem conflicted on this topic. Some insist that real men “man up” and don’t cry easily, while others are certain that being honest about one’s emotions is the bravest thing you can do.

I his TEDx Talk, Unmasking Masculinity: Helping Boys Become Connected Men, Ryan McKelley suggests that we need to redefine what it means to be courageous. He believes that having and showing vulnerable emotions requires true courage and should be encouraged in boys and men. He recommends that we stop saying things such as “man up” and “don’t be a girl.”

I suppose it depends upon what part of life one is talking about. I would say that in my family, relationships/emotions have definitely been harder for boys. Also, I think that more work has been done in society on women’s right to be what/who they want to be. A lot of the advantages of being male are superficial in that they are obvious. We make more money and have more obvious privileges, but we know ourselves less well and have less of an idea of how to make ourselves happy.

Given the disproportionate percentage of men compared to women who are homeless or commit suicide, I think there may be some truth in Steven’s assertion that men have less of an idea how to make themselves happy. Men also find it difficult to ask for help when they need it, perhaps because they feel the need to appear that they have everything under control and perhaps because their early efforts to obtain help were met with derision:

The thing is, men aren’t supposed to have problems. We’re supposed to be able to live life smoothly and coolly as if everything were perfect. If we do state we have a problem at all, other men look down at us and women sneer. That’s when they say “Be a man.” . . . Other people, especially women, treat men’s problems as trivial things, nothing for them to bother with. Women think that men could never have it as bad as women do. I think that we have it a lot worse, though, because we have no support, no back-up. We’re not allowed to.

The facts seem to support Rupert’s belief that men are not allowed to ask for help and when they do ask for help, there is none available. For instance, in a study funded by the National Institute of Mental Health, Drs. Denise Hines and Emily Douglas surveyed 302 heterosexual men who were battered by their female partners and sought help. Sixty-four per cent of those men who called a domestic violence hotline were told that the hotline only helped women and were then referred to a program for men who batter. Sixteen percent of the men were ridiculed by the very people they called for help. Some were even told that if their female partner hit them, they must have done something to deserve it.

The powerful messages our culture maintains about manhood are difficult to impossible to resist. Yet some brave souls are finding ways to escape the tyranny of rigid gender roles by embracing their personal worth as individuals.

Colin seems to have found his way past many of the limiting definitions of manhood:

It means to be aware of what I am feeling and what emotion that brings up. To speak up for myself and to tell the truth in all situations. It has been my goal for many years to look within. To be honest with myself and not put up with B.S. from myself!!! To carve out time to be with myself. Enjoy the things that give me pleasure, motorcycles and cars, model cars. I love who I am right now. What I have experienced has been interesting but it is in the past. I can look at it from the perspective of hindsight to gain insight in who I am today. I do not think about what it means to be man, never have.

But for the vast majority of men and boys, the cultural mandate to be a “real” man continues to wreak havoc on their emotional and physical well-being.

Perhaps the most poignant expression of this pain was submitted by Sean Dineen:

As a person with a disability, my sexuality is different than most. The world would rather see me as a frightened child.

When men suffer an illness or disability, it can further complicate their sense of manhood. This points to the fact that many of our assumptions about “real” men are predicated upon our concepts surrounding physical strength, sexual virility and self-sufficiency.

What it means to be a man shouldn’t be such a difficult topic. But because we have spent so little time questioning our assumptions about men, we continue to live with gender roles that create more frustration and confusion than harmony and happiness.

I believe men deserve to have full access to their emotions. I think men deserve to live full, satisfying lives without feeling shamed for their vulnerabilities. And for the record, I absolutely believe that it takes far more courage to share vulnerable emotions than it does to “control” one’s feelings.

The fact is that we cannot “control” how we feel. We can choose how we want to respond to our feelings. But when we try to “control” some of our emotions, we only drive them underground where they either numb us out to all of our feelings or force all our sadness into a ball of anger that destroys our health and leaks out as rage at inopportune times.

But I am not a man. And maybe you are. If you feel like shedding some light on this topic, please do. I promise I will read all the comments below and keep the conversation going!