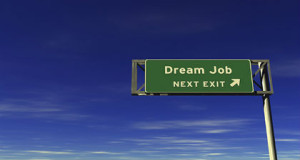 Why do some people sling sexual slurs at women? What makes women uniquely vulnerable to hate speech?

Words like “slut,” “prostitute” and “whore” carry a powerful punch when directed toward a person with a female body. Calling into question a woman’s sexual integrity can make her a “legitimate” target for all manner of punishment and “justify” persecution, ostracizing, rape, so called “honor” killings and other forms of brutality and murder. It is no wonder these words arouse anger and evoke terror.

We expect filth and stupidity to emanate from the likes of Rush Limbaugh. But his recent verbal barrage against Georgetown University law student, Sandra Fluke, has created consternation and concern for otherwise hardened reporters and practiced pundits. It would seem the only individuals who have evidenced a tolerance for this sort of diatribe are FOX news commentators and Republican presidential candidates such as Mitt Romney who proffered a milquetoast “It’s not the language I would have used.”

I deplore Rush Limbaugh’s use of the words “slut” and “prostitute.” Yet I have been publicly referring to myself as a slut, a prostitute and whore for decades. In fact, I once told Howie Mandel during a guest appearance on Bill Maher’s Politically Incorrect, that I preferred to be called a “whore.” Why would I say such a thing?

The short answer is that the common usage of these words has applied to me at various stages in my life. I was promiscuous in college and so the word “slut” might have been an accurate label as labels go. And I worked as a prostitute from 1989 to 2004. But words such as “slut” and “prostitute” are not generally used as neutral descriptors. They are instead employed as instruments of shame and social control.

The word “whore” reigns supreme as a verbal indictment with the power to dismantle and destroy the lives of women. It is because women are still raped and murdered when that label has been affixed, that I chose to wear the word defiantly and proudly so many years ago. I have since furthered the concept of “honorary whore” meant to invite all women to abandon the bid for “good girl” status and reclaim a word which has been used to oppress women for thousands of years.

“Honorary whore” does not distinguish those women whose behavior might include promiscuity or paid sex from those women who are monogamous, married, abstinent or celibate. It is meant to unite us in the fight against sexism, misogyny and the sexual double standard. For as long as we protest that we are not “sluts,” “prostitutes” or “whores,” we allow ourselves to be divided as women, making it imperative that we distinguish ourselves from “those other women” who “deserve” to be labeled “sluts,” “prostitutes” and “whores.”

Yet we are a long way from the day when the majority of women will refuse to be shamed or silenced by words such as “slut,” “prostitute” or “whore.” President Obama called Sandra Fluke to offer his encouragement and support for exercising her freedom of speech on behalf of women’s right to safe and effective birth control. He added that her parents should be proud of her. I agree. But I also sense the vulnerability even this courageous young woman feels at having her reputation and her worth as a person attacked in a manner which is unfortunately common to misogynists of every stripe.

The most basic tenet of sexism lives in the sex after all. When all else fails, it is the sexual behavior, whether verified or fabricated, which is targeted as the quickest and most effective way to gut a woman’s power and silence her voice. All the more reason we women must reclaim these words no matter how noxious we may experience them to be and wear the labels meant to divide us, proudly, defiantly and powerfully. If we are to be free of the shame and control, we must stand in sisterhood with all women regardless of their sexual behavior or lack thereof.