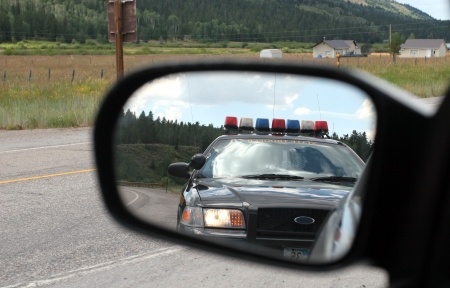 A Guest Blog by Raphael Mijares

I was driving down highway 20 past Clearlake, and I was crying. I had just gotten off the phone with a dear friend who had fallen and broken his neck the week before. He is in his mid 70’s, and has already had two hip replacements.

Throughout my life the breaking of a hip has meant that one’s health is deteriorating to a state where death is drawing nearer.

I stopped to pick up a hitchhiker and was still wiping away the tears, so I explained myself because I did not want to appear to be some psychotic nut. He laughed and said he understood. Then he went on a rant that uplifted my spirit. He explained that though he did not cry much, he still felt strong emotions for the suffering of others across the globe. He said he felt sorry for the people in the Middle East that were Muslims and hated Americans so much. So much that they were cutting off heads. I laughed and listened to what I felt was an odd perspective. He went on to say that they were people just like us, and had dicks and vaginas. But that they were not allowed to use their dicks and vaginas freely. So of course they were angry. Who wouldn’t be?

It was a short ride and I dropped him off at the liquor store that he said had the cheapest beer in town. It was five country blocks from his destination. He had a bum leg that did not bend and made it difficult to get in and out of my old truck.

As I drove away I thought about how it takes from a man’s soul integrally when he cannot do something to change situations for the better. Mohamed Ali passed only days before and I could only think of how one man from a Midwest town with so much oppression facing him had done so much to influence positive change in the world. I knew, as a man, that I too could make a difference and heal the part of my soul that was being robbed of integrity.

I no longer was feeling sad about my friend who was hurt and enjoyed memories of so many great intellectual conversations we had thus far shared filled with compassionate care for everyone and everything.

After writing down my last experience I got back on the highway. I drove for another twenty minutes or so. Having the choice of two lanes I pulled to the right lane to allow a faster moving truck, driven by an obviously drunk white man with a passenger, to pass me.

I watched the show of poor driving as I passed through the hills between Clearlake and Williams, CA. As the procession moved over a mountain and around a corner with double painted lines, a highway patrolman going the other way whipped his cruiser around behind me. I watched this policeman’s eyes observe my face as he made his move on the blind curve with no regard of possibly causing or being in a collision.

As a 45 year old man of African descent, I am conditioned by just such situations and my heart began to race. I got that familiar sinking feeling in my stomach, like always. I did not feel at all as I had in the moments leading up to this.

I am on probation for having broken no laws for the umteenth time in my life, and I was sure in my mind I was about to go to jail…again. I worked hard to steady my self though. I am sober and am not carrying any contraband of any sort. I did my best to not fuck up as he followed me for the next fifteen to twenty minutes.

This oh so familiar scene only gets harder and harder to deal with and is more and more taxing of my soul. of my dignity, and of my manhood. What fucking manhood? I do not at all feel the feelings of inspiration created from reflections of Mohamed Ali, and of intellectual conversations with my beloved friend Dave. I feel robbed once again.

I finally got to the first place I could use as an excuse to pull into. As I did so, I nervously endured the moment. Would he light me up or not? This was it……and he did not. Though relieved, I once again cried. I feel ashamed. I do not feel as strong as I know I am.

I did not feel comfortable or even smart enough to write about manhood. And even as I force myself to write now, I still do not. I do not feel the same as the other men at this gas station, And I am not. I am a king and live as a slave.