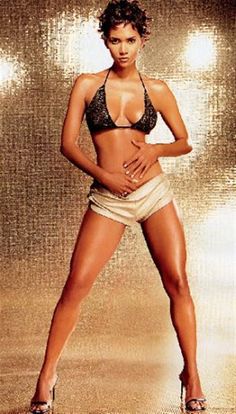 I was five years old when my dad taught me how to pose for the camera. No these were not family portraits. They weren’t headshots. They were nudes. Not artistic, innocent nudes, either. My dad posed me like the women he saw in Playboy magazine.

Criminal behavior? You bet. But it is nevertheless how I began my long journey with body shame.

And my dad used the photo to shame me further. He told me that I was flat chested and skinny. Mind you I was only five. But somehow, I had already disappointed the man in my life. And he wasn’t disappointed in my behavior. His disappointment was about the shape of my body.

Things did not improve once puberty hit, either. I continued to be the target of daily insults. My dad told me that I was “skinny and flat-chested” like my mom so many times that it defined my sense of self. My dad hated my mother and thought she was ugly. He also hit her. I lived in fear of being mistreated the same way she was.

So I tried to gain weight but it was not an easy task. We didn’t have junk food in our home. We were health nuts. So I ate bowls of blackberries for a year until I finally put on five pounds. I was elated! Finally, I would look the way my dad thought a woman should look.

What my young self didn’t realize was that it would also mean unwanted sexual advances – from him. So it was that in this way, at the age of fifteen, I had already experienced the sting of being seen as unattractive and the hazards of being seen as irresistible.

Frankly, both hurt. And neither seemed to have a thing to do with me as a person. My dad was only fixated on my body. He could care less how his assessments about my appearance affected my head or my heart.

I left home as soon as I could. And in college, it seemed like I got a break from the body shame. I was surrounded with girls my age and they had all sorts of bodies. But after college, I moved from Oregon to California and there I interviewed to be a fitness trainer for a health club. It was 1982 and the guy who interviewed me had no problem telling me that I needed to get a tan and lose ten pounds. I was shocked. I had worked so hard to gain weight to please one man. Now another man was telling me that I needed to lose weight to please him.

Ever eager to avoid criticisms about my appearance, I began a crash diet. I wasn’t interested in the job as a fitness instructor anymore because I didn’t like the guy who interviewed me. But that didn’t stop me from endangering my health to conform to his concept of the perfect female body.

My diet consisted of salad, zero-calorie-dressing, diet soda and cigarettes. I lost weight. But it was never enough. A couple years later I developed a severe cocaine habit. And that took the last bit of fat off. I was now the thinnest person in the room. But I never felt thin enough. Friends would express concern about how much weight I had lost but somehow I took their words of warning as encouragement to lose even more weight.

The bathroom scales were my nemesis. Every morning and every night I would compulsively weigh myself and even a one-pound fluctuation would send me into an emotional tailspin and more anorexic behavior. There were days when the only food I ate was the olives and celery in my Bloody Mary.

By the time I got sober at age 25, I was diagnosed as protein deficient and malnourished. That seemed silly to me since I thought I looked good in my clothes. But years later, I would learn that my anorexic drug days had negatively impacted my health in several ways including bone loss and gum disease.

On doctor’s orders I did my best to shift my focus from my weight to my health. Granted, it was not always easy to put my health first. I would at times be tempted to short-change my health and well being in order to achieve a certain look. For instance, as an adult in sobriety, I posed for men’s magazines. Of course the obsession to look a certain way in order to please the male gaze is what those photo shoots are about. And yes, it was on one level, a replay of my childhood.

But it also provided some unexpected healing for me. I was able to take charge of a scenario where I had no control as a child. And instead of my dad’s derision, I experienced praise from thousands of strangers. It felt good. But it didn’t really solve those insecurities that had fueled my body shame since I was five.

Fortunately, over time, my experiences taught me how ridiculous it is to worry about what any man thinks when it comes to personal beauty. There are as many opinions about female attractiveness as there are men. And the entire game of trying to win male approval for how we look, is a no win for women. It gives undeserved power to others instead of asking us what we want and what is best for us.

And since no two men are going to see female beauty exactly the same, women can drive themselves crazy trying to please first this man and then that one. Until we get that the beauty standards are arbitrary and represent a moving target that is always changing, we will feel utterly frustrated. And this is one very potent way that we give away our power.

The pressure to look a certain way has been with women for thousands of years. The only thing that changes over time is the specific standards we are expected to conform to. In recent history, we have seen the flat-chested ideal of the flapper girl followed by the buxom babes of the 50’s followed by the rail thin ideal of the 60’s which was followed by the fitness craze of the 70’s. Fast forward to today, a time when breast implants are ubiquitous and most young women are trying to obtain a big butt.

Increasingly we are witnessing push back from women who refuse to diet or botox in order to obtain acting roles. And many magazines have been called to the carpet for heavy handed photoshopping.

But we are also living in the time of President Trump. And he has literally rated women on a scale from one to ten. In his twisted and self-serving view, beautiful women such as Charlize Theron and Halle Berry are not “tens.” The delight he takes in ranking women by their appearance is indicative of the power play this represents.

You see, my dad judged me “flat chested and skinny” because I defied him when he ordered me to take off my little pink cotton panties. I was a little girl so in the end I had to do what my daddy told me to do. But when he ordered me to smile for the camera, my attempted smile looked more like a smirk. He never forgave me for that.

Trump reminds me of my dad in many ways. The way he expresses sexual attraction for his own daughter. And the mean spirited way he passes judgment on the bodies of women, all the while seemingly oblivious to the fact that he is old and fat.

As women, we could find ourselves feeling even more pressure to conform to a particular beauty standard now that Trump is in the White House. His careless and often deliberate insults may find their mark in our own conflicted sense of self. What is even more disturbing is how his misogynistic speech will affect the young women who will hear him and not have the adult tools to reject his denigrated and superficial view of women.

If ever there was a time when we must dispense with our own body shame, it is now. We owe it to the young women coming up after us. Now more than ever, they need us to model what it means to love ourselves exactly the way we are.