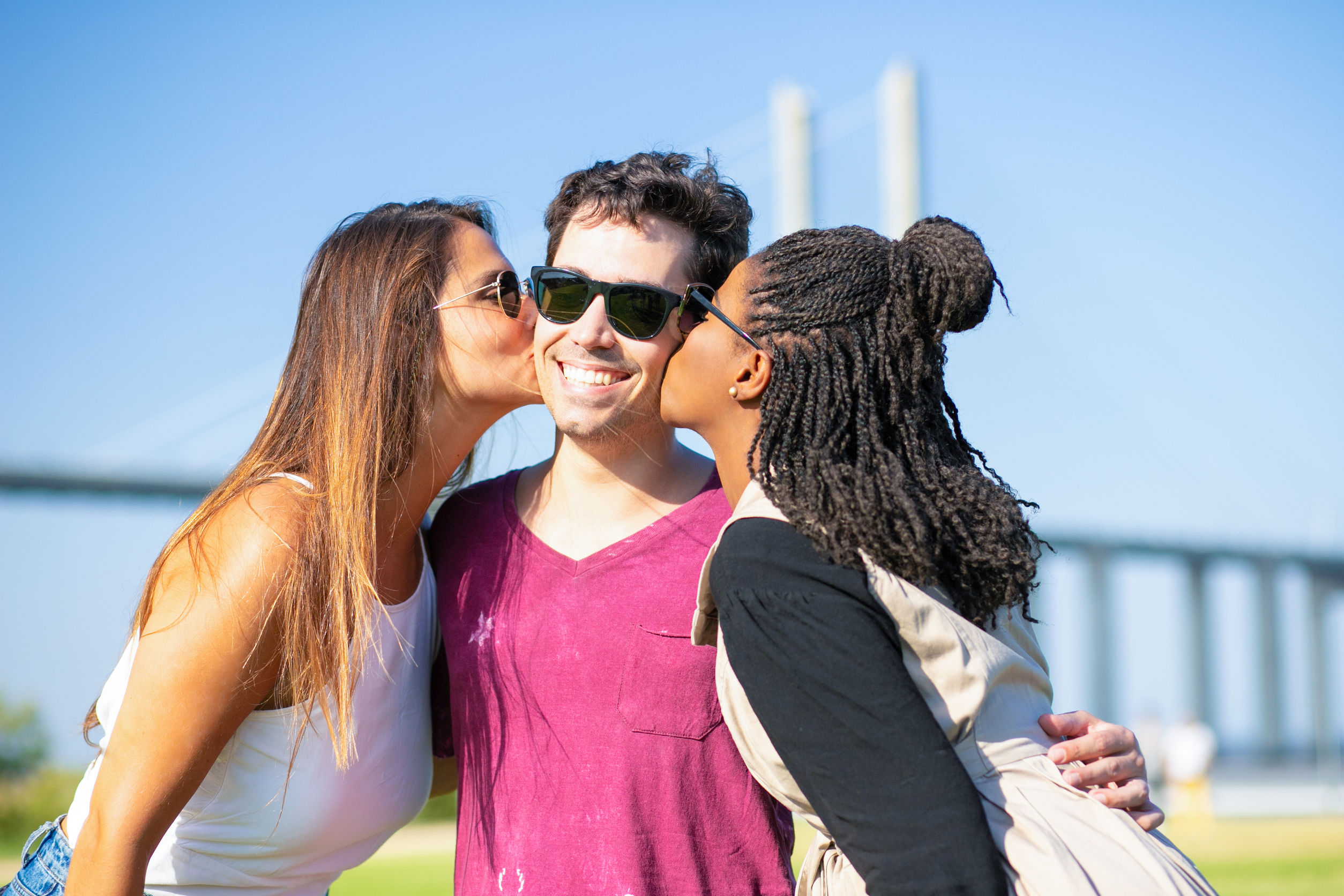 Polyamory might be the last taboo. While gay marriage was legalized in 2015, marriage involving more than two people remains illegal in all 50 states. Today, no state legally recognizes polyamorous relationships. However, that could change. This month, the city of Somerville, Massachusetts passed an ordinance officially recognizing relationships involving more than two people as a legitimate option for domestic partnerships.

For the vast majority of Americans, though, marriage denotes monogamy. And monogamy is held as morally “right,” while having multiple romantic and/or sexual partners is seen as “wrong.”

Even those who tend to be homophobic might be convinced that everyone has the right to love . . . one special person.  And so we now have same-sex marriage; but we don’t have legal protections for polyamorous families.

I think polyamory frightens a lot of folks. If you are married to one person, their assumption might be that you are “taken” and therefore “safe” to invite to group events. But if you are poly, will you be on the prowl? Does being poly mean you are promiscuous? Or that your lifestyle might be contagious?

Actually, such fears are mostly unfounded. While some people do use the term “poly” as a way to rationalize their inability to commit or be responsible to their lovers, the word polyamory literally means “many loves” – not “many fucks.”

If your natural inclination is to love more than one person at one time, you may find it difficult to find acceptance and understanding – even from your closest friends and relatives. But even if you feel alone, you aren’t. About 20% of Americans have tried some form of responsible non-monogamy and about 5% live polyamorous lifestyles ongoingly.

Fortunately, if responsible non-monogamy is a better fit for you than monogamy, there are many resources to help you. That’s because, unlike most people who practice monogamy, many of the folks who enjoy a polyamorous lifestyle, spend a lot of time and energy perfecting their relationship dynamics.

Put another way, people who practice polyamory can be huge relationship nerds! They may be inclined to take workshops on the topic. Some even write books about responsible non-monogamy.

Why you may ask?

Because navigating open, honest, consensual relationships with multiple partners requires some fairly advanced relationship skills. And most of us didn’t learn those kinds of skills in school, or from parents or friends. To pull off polyamory successfully, it really does help to educate yourself to the ins and outs (no pun intended).

People who are committed to a non-monogamous lifestyle defined by transparency and commitment (Yes, commitment!) even write books about how best to end a polyamorous relationship. I warned you. Poly people can really geek out on this topic!

Kathy Labriola has written two books about polyamory. Her first book can help you navigate any jealous feelings you might encounter when navigating multiple partners. Her second book and the video below are about breaking up. And while breaking up is never fun to do whether you are monogamous or polyamorous, there ARE ways to do it with love. And love is what polyamory is all about!