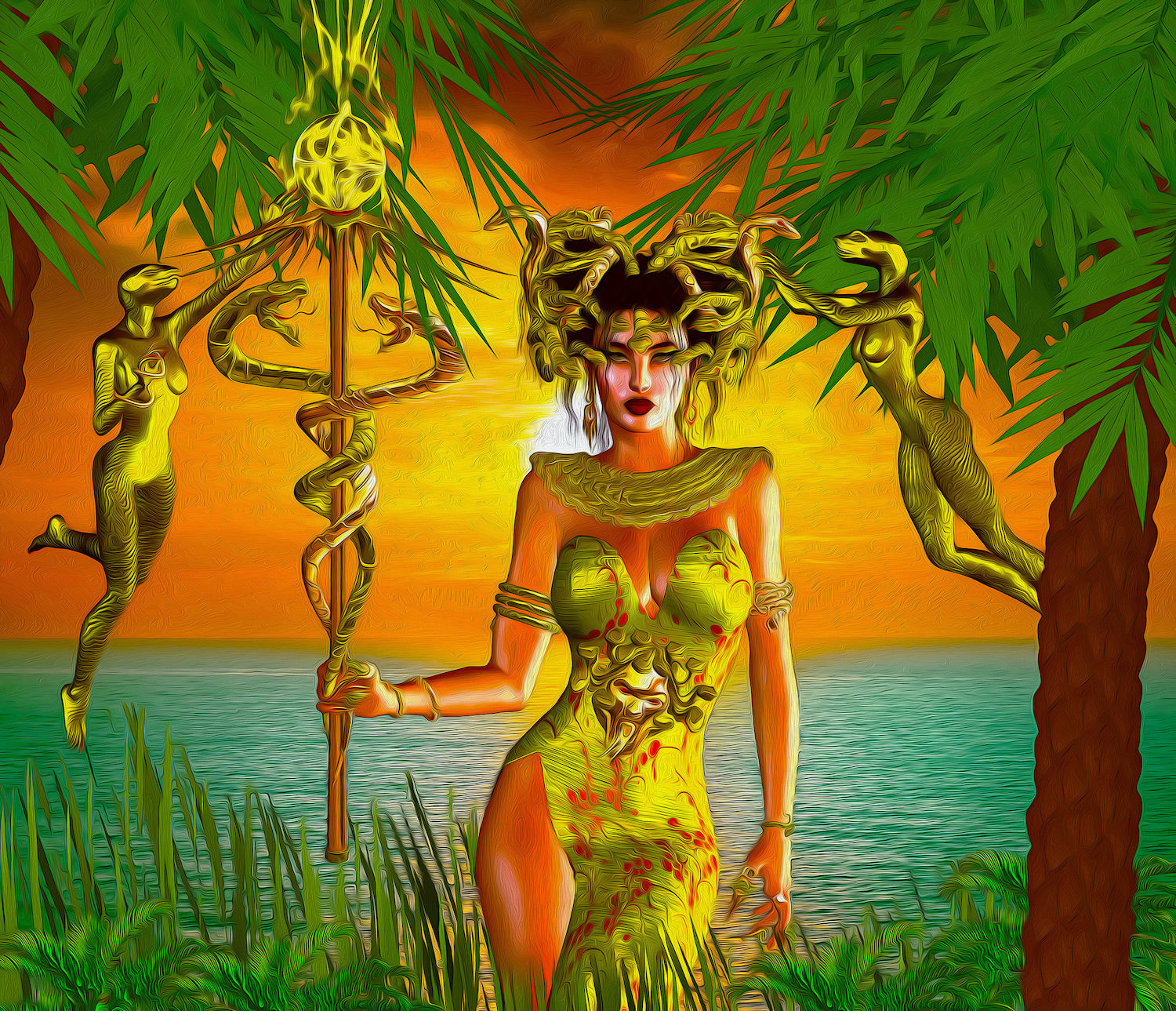 Once upon a time the first woman and the first man lived in a beautiful tropical paradise where they enjoyed all the carnal delights. But the man got greedy and wanted to control their sex. He demanded that the woman lie beneath him during their lovemaking. But the woman wanted to ride atop the man because it felt better there.

The man wasn’t the kind to force his way on the woman. But he was the kind of guy to gossip and complain. So he took his grievance to the Creator. And while the Creator didn’t have an opinion one way or another, He (yes, the Creator is a “he” in this ancient story), DID get tired of the man’s complaining.

So, the Creator decided to give the man the one thing that would shut him up: a submissive woman. Her name was Eve and the original woman, known as Lilith, was ejected from paradise. Poor Lilith had to scrape an existence from a hostile environment. No longer living in a tropical paradise, she struggled to find food in a barren landscape.

But Lilith was not a quitter. She found a way to get her revenge on the man. Being a master of disguise, Lilith transformed herself into a large snake and slithered right back into paradise. She coiled herself around a huge tree bearing delicious fruit. And who should happen along, but Eve. Eve wasn’t just submissive. She was also a bit stupid. So when the snake began to speak to her, she didn’t give it a second thought. Lilith, as the snake, tempted Eve to eat fruit from the tree even though the Creator had forbidden Eve to do so.

Eve thought the fruit was so delicious, she took some of it back to her man. And the man, named Adam, ate the fruit. As soon as he did, he began to experience an emotion he had never had before: Shame.

From that day forward, as the story goes, paradise was lost. And while religious teachings would have you believe that woman was the downfall of mankind (notice all the sexism in this?), the true moral of the story is that SHAME destroys our happiness and joy.

But don’t worry. There IS a happy ending to this story.

If you want to know more about this original bad girl and the other powerful women who shaped ancient history, you’ll want to watch the interview below. My guest, Dr. Vivien Monroe is an author, educator, and priestess of the Divine Feminine. She is also an intuitive and a channel with decades of study on the topics of spirituality, mysticism, and personal growth.

Here’s a sample of the topics we cover:

●What is Women’s Spirituality?

●What/Who is the Divine Feminine?

●Why did ancient Kings have children with Sacred Prostitutes?

●What is the Secret History of Women as Power Wielding Oracles?

●Who is the real Lilith?

●How can Lilith help us with our sexual expression and enjoyment?