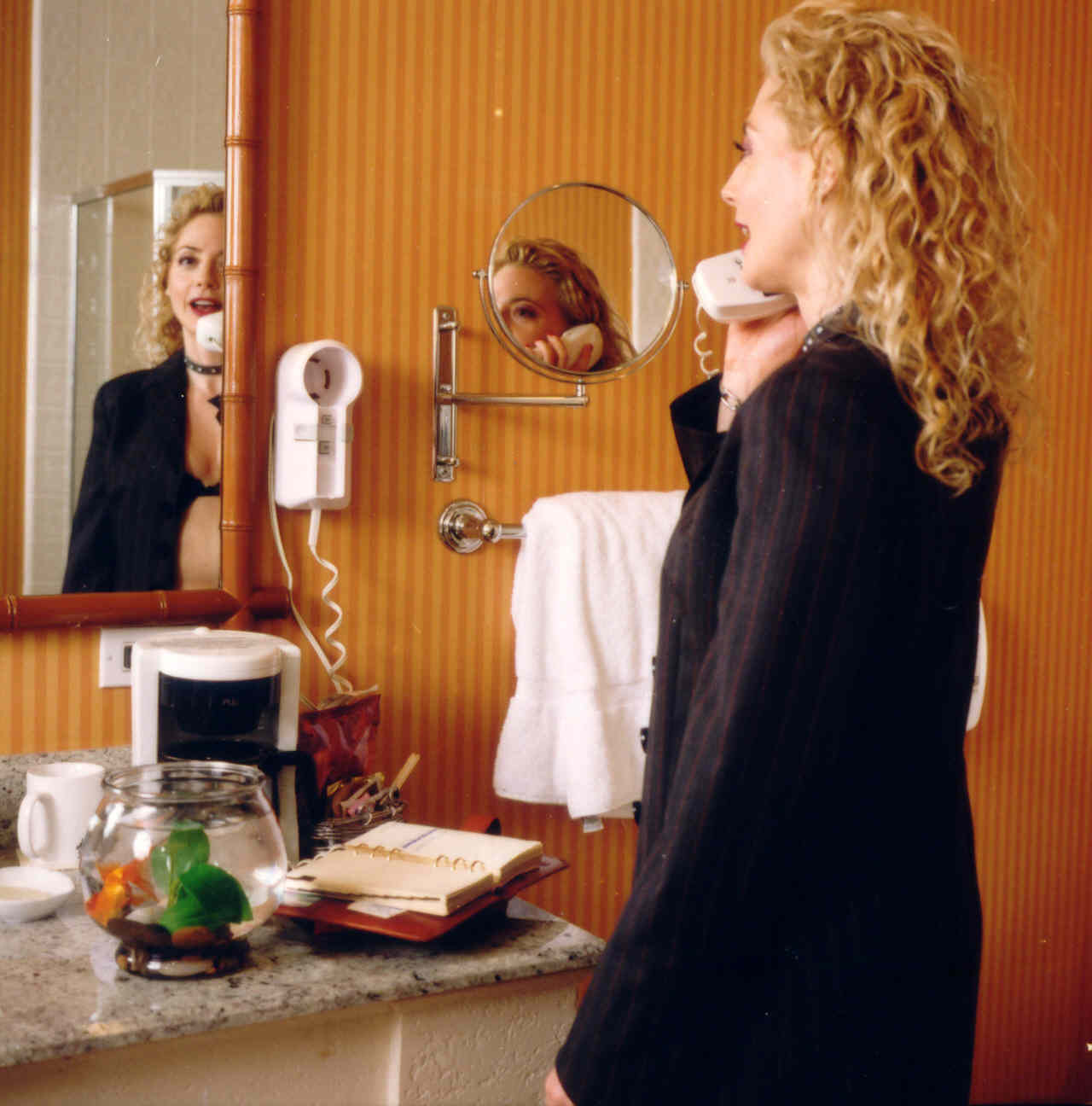 That’s me pretending to talk on the phone in a hotel room. This was a staged photo for an interview in the New York Times. Jeff Goodell, who now writes for Rolling Stone, interviewed me for the Times in 2001 and this photo was taken by Gail Albert Halaban, a professional photographer hired by the Times. If you want to read the article which is now 19 years old, you can check it out by clicking here.

Nearly two decades since this photo was taken and the Times ran my interview, my efforts to dispel myths and stereotypes about escorts and other sex workers can at times feel like wasted energy. The dominant narrative remains that sex workers are damaged or oppressed or both. And laws such as FOSTA-SESTA, which purport to “help” escorts, only make their lives more difficult and dangerous.

Still, I was encouraged when Senator Scott Wiener (D-San Francisco), introduced Senate Bill 233 which was signed into California law July of last year. The law makes it possible for sex workers to report violent crimes without risking arrest and it makes it illegal to use condoms as evidence of prostitution.

You might think this was a no-brainer. After all, we want sexually active people to use condoms to curb the spread of sexually transmitted infections. And we most certainly want to arrest violent criminals. But, hey, when it comes to procuring human rights for sex workers, the progress is mostly incremental and slow.

The short answer, of course, is sexual shame.

When sexual shame is afoot, reason goes out the window and otherwise intelligent people often revert to fear based thinking. Nowhere is that more evident than in attitudes toward sex work and sex workers.

During my years as a high-end escort, I often ran afoul of people’s stubborn refusal to see me as fully human. I was either pathologized, pitied, glamourized or fetishized.

But the truth about my life was VERY different from any of the assumptions or stereotypes that other’s attempted to apply to me. In fact, I was happily married with stepchildren and I had (and have) a deep spiritual practice.

If you are curious as to how I used prayer in my work as an escort, you can read all about it my article on Medium.

And if you feel inspired to help improve the lives of sex workers, I hope you will join me in supporting this tireless non-profit organization whose work is helping to shift US laws to secure human rights for all sex workers.